If you’re considering relocating to Southwest Washington, consider the city of Camas. There, you can live in a custom home built by Tuscany Homes.

They are a prominent home builder serving Camas WA. In fact, Tuscany can build you a custom home with Arrow Timber beams.

Camas is located east of Vancouver and west of Washougal in southeast Clark County. The city borders the Columbia River to the south and is about 30 minutes from Portland, Oregon.

Camas, which has a population of about 20,000, is home to the Georgia-Pacific paper mill. The city’s economy used to revolve around the mill, but it has since diversified to include high-tech, white-collar companies.

There’s a lot of outdoors activities in Camas and the surrounding area. Lacamas Park offers visitors great trails and access to the Camas Potholes (a popular summer swimming area). 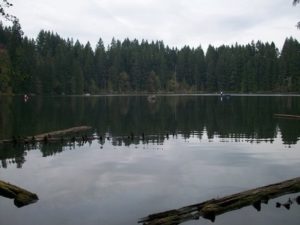 At Lacamas Park, you’ll find Round Lake. At Heritage Park, you can launch your boat into Lacamas Lake.

The entire area offers opportunities to hunt, fish, hike, and camp.  That’s why, after your first visit, we are sure you’ll agree with us that Camas looks good on paper but is great in real life.