Tuscany Homes, custom home builder in Clark County, wants to introduce you to Washougal WA. It’s a city in Southwest Washington with a population of around 14,000.

Washougal WA is a great place to live if you’re looking for a rural area that’s close to civilization. It’s about 18 miles from Vancouver WA and about a half-hour drive from Portland OR. 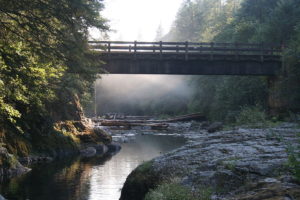 That means, you can have a custom home, on a few acres, out in the country, and still have the option of spending an evening in the big city.

Washougal borders the city of Camas WA to the west and the Columbia River to the south. To the north are trees and mountains. Washougal is a great place to live if you love to hike, fish, hunt, and camp.

With a large metropolitan area to the west and one of the most scenic areas in the Pacific Northwest to the east, it’s no wonder Washougal is known as the “crossroads to discovery.”

By the way, you pronounce Washougal “wash-OO-gull.”

Contact Tuscany Homes, a builder in Washougal WA, Camas WA, and Vancouver WA, to learn more about getting the home of your dreams in beautiful Clark County.