Tuscany Homes, a prominent home builder working in Felida WA, wants you to know about beautiful Clark County, an Elysium Field on the Columbia River.

Clark County is found on the Columbia River in Southwest Washington. It’s home to more than 425,000 people. These salt-of-the-Earth Washingtonians live in cities like Battle Ground, Camas, Washougal, Ridgefield, La Center, and Woodland. 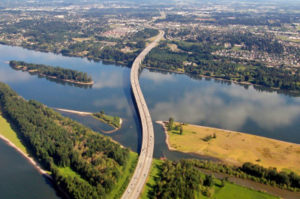 Clark County is rich in scenic areas to camp, hike, fish, hunt, and recreate. Mt. St. Helens is just a 90-minute drive to the north. The Columbia River Gorge is to the east and the Pacific Coast is to the west.

If you want an urban adventure, the City of Portland is just across the river in Oregon. Seattle, Washington is two hour and forty-five-minute drive to the north.

Clark County’s biggest city is Vancouver. There are many nice places to live in Vancouver and the surrounding area, especially the neighborhood of Felida.

Felida is a growing neighborhood located just north of Vancouver and east of the Columbia River. It’s home to about 7,000 people.

A post office was first established there in 1890. The neighborhood is named after a family of cats.

To learn more about having a custom home built in Clark County, contact Tuscany Homes today. They are a preferred home builder in the Felida neighborhood.