The city of Kelso is located in Cowlitz County and is only a 90-minute drive from Mount Saint Helens.

Kelso is named after the hometown of the city’s founder, Kelso, Scotland. The city was incorporated in 1889 and used to be nicknamed “Little Chicago” because it had so many taverns and brothels. The establishments served the logging industry and have long since gone away. 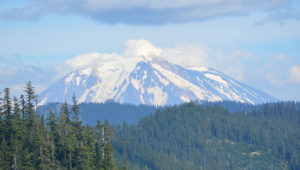 The city borders Longview, Washington to the west and Mount Saint Helens is almost directly due east. The volcano is only 24 miles away as the crow flies.

There are a lot of rural areas around Kelso, but that doesn’t mean you’re cut off from the rest of the world. Portland, Oregon is just under 50 miles away to the south and Seattle, Washington is 125 miles to the north. You are also 90 minutes from the Pacific Ocean.

Some of the city’s main attractions are the Adam Catlin House and the Nat Smith House.

For being such a small town, Kelso has produced four former professional athletes and two professional models.

Are you looking for a custom home builder serving Kelso WA? If the answer is yes, contact Tuscany Homes today!